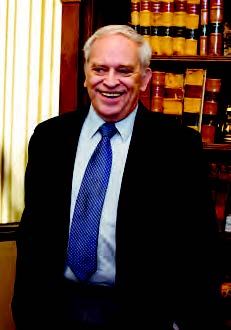 In 2011, the Library Foundation announced the first recipient of the Pearce Award for Library Service. Bill Pearce was unanimously selected as the first honoree. The award is named for the Pearce Family, who have long served the Bismarck Veterans Memorial Public Library.

“Bill Pearce, and the Pearce Family, hold a special place in Bismarck Public Library’s history. For the past 60 years, their generosity and quiet leadership have been foundational to Library services in Bismarck,” said Ed Klecker, then president of the Foundation.

Bill and his brother, Murray Pearce, started the Foundation in 1975. Bill applied for nonprofit 501(c)(3) status, which was received in February 1976. Gerald Ford was the U.S. president. Art Link was North Dakota’s governor. Tom Jones was the new Library Director. The Library occupied a 17,500 sq. ft. area, compared to today’s 70,000.

Bill was president of the Foundation for many years between 1976 and 1998. He has been treasurer since 1998, carrying full responsibility for the Foundation’s accounting, audit preparation and monthly reporting until 2010, when office staff assumed daily duties.

Bill and his wife, Ann, were among the first and most generous private donors when the Endowment Campaign began in 2001. He is also a charter member of the Foundation’s Gold Card Club.Library service is a legacy of the Pearce Family. Bill’s father, William R. Pearce, and his uncle, William Murray, both served on the Library Board of Trustees beginning in the 1950s. Later Bill and Murray were trustees. His mother, Jean, introduced her sons to the Library at an early age.

Through the thoughtfulness of the Pearce family, the Foundation has also received thousands of dollars in memorial donations. The first was in memory of Jean Pearce, who passed away in 1998. More than $18,000 was donated in her name. Memorials were again directed to the Library Foundation when Murray died in 2010.

When asked why he has contributed so much time, talent and treasure to the Library, Bill has a ready answer. “It’s just the love of books. It’s tragic to hear someone say they don’t read. It’s the love of learning and the excitement of learning new things.”